MADE IN STROUD*: HISTORICAL NOVELISTS 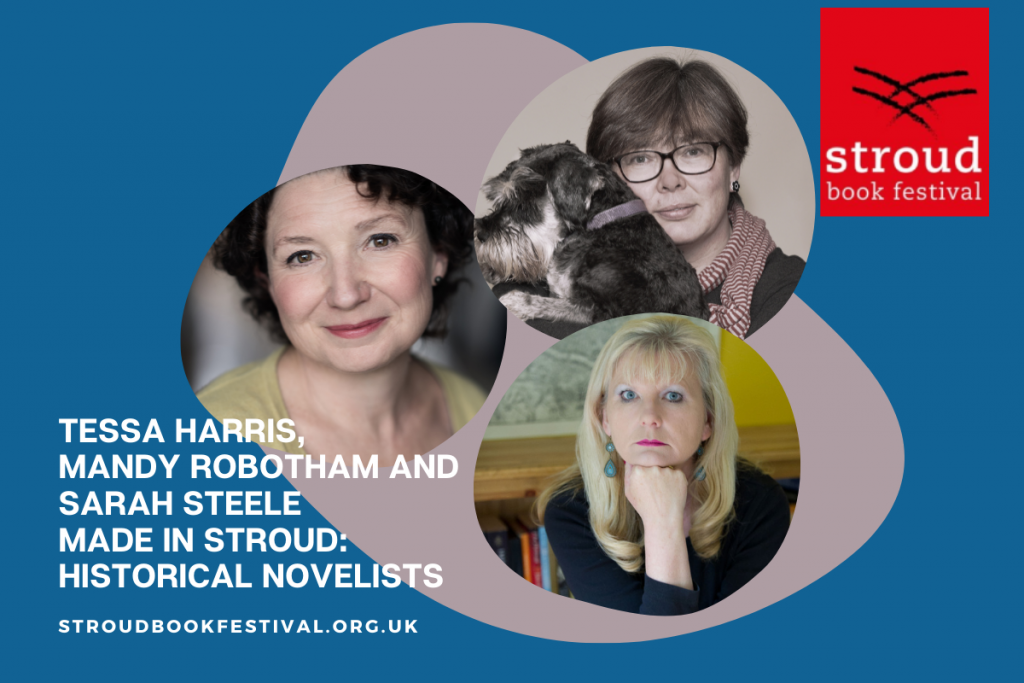 In the second of our events showcasing some outstanding representatives of Stroud’s plethora of writing talent, we present three novelists who are inspired by the history of 20th century Europe. Come and find out how they go about turning real events into true-to-life fiction.

Tessa Harris is the author of “Beneath a Starless Sky”, a novel of love, courage and betrayal set in Nazi Germany. Lili Sternberg longs to be a ballet dancer. But outside the sanctuary of the theatre, the Nazi party is gaining power and threats to Jewish families like hers are increasing. And events also threaten Lili’s blossoming love affair with an army officer.

Mandy Robotham is the author of “The Girl Behind the Wall”, set in Berlin in the early 1960s. When the Berlin Wall goes up, it leaves Karin trapped under Soviet rule in unforgiving East Berlin and separated from her twin sister, Jutta in the West. They lead parallel lives for years, cut off by the wall. Until Jutta finds a hidden way through, leaving Karin to face a terrible dilemma.

Sarah Steele is the author of “The Schoolteacher of Saint-Michel”, a novel set in wartime France and inspired by real acts of bravery and resistance. In 1942 at the end of the school day, schoolteacher Lucie Laval releases her pupils and warns them not to stop until the German guards have let them through the barrier that separates occupied France from Free France. But what else will she have to do to keep them safe?

* with thanks to Clare Honeyfield at Made in Stroud for allowing us to borrow her title!

Buy Beneath a Starless Sky

Buy The Girl Behind the Wall

Buy The Schoolteacher of Saint-Michel